0
****
The following post is my entry for ‘Traveling smart with Skyscanner’ in participation with Indiblogger.
Skyscanner – http://www.skyscanner.co.in
****

Isn’t it wonderful to travel to a city that virtually gives you best of literally all the worlds. Barcelona , the city I’d love to travel in 2014, is in a league of its own when it comes to city-spirit and vibrancy. Rich history, modern infrastructure, fabulous food, sports, outdoor shopping markets and……wow that heavenly serene beach !

Barcelona personifies every traveler’s dream, by its unlimited options to explore and re-explore.

Ever since my childhood, Olympics in Barcelona (1992) was one event that caught my fascination immensely. In fact, it was through the sports carnival, that I first learnt about the city. The cosmopolitan bustle and the zealous beaches with golden sands… Even in that dull TV box, what a city it looked! A paradise in all sense, through all the senses. Even in that summit coverage, I was in awe of the surreal beauty of this diverse city. Without an iota of exaggeration, Love got struck at the first sight. (The cupid being the television set …) 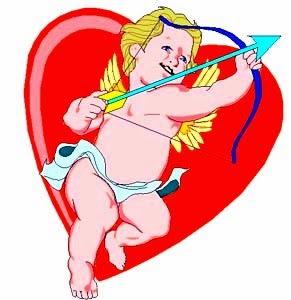 I still hold memories, that as a 10 year old school boy, how I used to spend hours in the library, trying to figure out that one book that could narrate the city, square by square, block by block. street through street.

Those days even a work in fiction with Barcelona’s setting would glue me passionately. A good two decades later, I realize that even today that aspiration still perspires deep within the heart. When I look back, I enjoy the way I used to live and relive the quaint charm and magic of Barcelona just before the sleep, every night, for countless nights. The belief resonates with my dream that one day, I’ll cross the famed Las Ramblas as the array of the trees on both the sides of the street would hug me and allow me to playfully meander and open-up in my own world. The stress would fly with the swirling of the leaves, and the heavy heart would melt with cone of the Ice-cream!

I’d enjoy the Spanish uniqueness by heading to La Boqueria to taste the delicacies of the…yummmmm…. divine Spanish cuisine. Happily relaxing alongside my Camelot on Sant Sebastia beach, I wish to bite the sandwich, wearing the weirdest Tee, or none, and read an unsung poem to leave it halfway incomplete. And then suddenly the sound of waves of Mediterranean Sea would rise across the golden yellow sands to narrate the remaining half. Or those eternally repeated tales, of the littoral glory it impregnates within.

I’ll fold the city-map deep in my pocket and find my inner happiness by getting lost in the beauty of the old streets of Barcelona. And then be stunned by the marvel of Barri Gotic or the Gothic Quarter. The heritage of the city and the manner it has been preserved manifests the glory of not only the city, but also its inhabitants. Basilica La Seu, supposedly built in 343AD, testifies the meticulousness of preservation by Spaniards through symbiosis of ancient and modern. It is commendable to read on the efforts and manner in which Barcelona has evolved itself, while still able to restore its history since ages. ‘La Boqueria’ would be a great way to feel the energy that makes the city, what it is. What a great way to catch a random conversation or two, in that historical local market and then thud down a few shots of Cappuchino down the throat to let it emanate some random conversations on its own. In the meantime the experience would let me touch the warmth and verve of the denizens.

While the ancient Art is ubiquitous in the city, Barcelona has a strong and emphatic symbolism of Art Nouveau or modern architecture too. Rebelion, Renaisance whatever one calls… that ‘X’ factor lives in the city through its distinct soul, contemporary and modern, at the same time. I’d love to see how Antoni Gaudi lives through his immortal creations like Casa Batlo or the famous Salamander and its inhabiting Park Guell. To rejuvenate I’ll try Escalivada with some bouts of Mel i Mato under the bronze statue of Columbus, below the ambit of clean blue sky and wise white clouds.

As a traveler, a single trip to Barcelona would definitely be inadequate, given what the city has to offer. Each trip would be drawing contours for the succeeding trips. A pride that none of the global cities can share with Barcelona. And 2014 would be a great time to make the first move. The city is as much outdoors, as between the walls. The sporty beaches and the Olympic stadia complement the world class museums and that unrivaled historical part of the city. In all ways, Barcelona is every traveler’s imagination precipitating into realty. There is a lot to explore and what’s better, there is a method  too for that in the city. An academic, leisure,  adventure, or all of them in a single trip……..Barcelona’s gamut is huge! Being one of the most frequented cities in the world I’d also have the chance to interact with diverse people, meet different cultures and in turn widen my horizon.

The Spanish cuisine, like me, attracts millions across the world. The uncomplicated mouth-watering delicacies would certainly make me say ‘Buen Provecho’! And if that comes with the liberal dose of liveliness and warmth of Spaniards then that’s opera to the soul. Enjoying the Spanish snack, watching my favorite team FC Barca in action would take the definition of adventure and estrogen to a next level altogether. For me it truly holds the punchline ‘Mes que un Club‘(More than just a club). Watching Messi in live action would be more than a treat for eyes , for it’d be a feast for consciousness.

***And here’s my plan for traveling smart :***
The way to travel smart is to save money, without compromising comfort, reducing stress points to the minimal. Get the right airline deal and well…… the trip begins with a bang. To do away with the fallacy of missing out on the best fare, I’d use none other than Skyscanner website, . By using the comparative results I’ll be rest assured of finding the best price for the airline ticket. Its benchmark research reports would also help me in all the facets of trip, taking care of the finer and larger aspects, alike.

There were several experiences when I’ve repented of missing out on the best deals on the Hotels. Sometimes those complementary pick-ups or the last minute upgrades, with Skyscanner, I’d travel smart by getting the best price and the deal on the hotels too.

Skyscanner’s advantage of comparing the historical price and patterns would help me in selecting the right time for travel and just the right hotel to fit my budget. If that comes with the added flexibility of car-hiring that Skyscanner provides, well I’m sure my journey would not be good, it would simply be great !

Traveling Barcelona in 2014 would be my dream and planning my travel with Skyscanner would make my dream come true, smartly. ***
Disclaimer : I’ve never ever been to Barcelona or Spain in my lifetime.

This entry won a prize in the contest , Traveling smart with Skyscanner.