5
The overcast city of Vienna couldn’t have invited the sun, as merrily as it did invite us. My wife and I were heading for our second trip to Europe covering Czech, Austria and Germany. The trip was supposed to be more adventurous, the stakes even higher. We wanted to take our confidence from our past Italy trip to another level this time.
Many firsts this time. More of road travel, All of apartments, lesser reserves of Euros and an altogether divine world to explore. But, it all began from that road trip to Prague from Vienna. 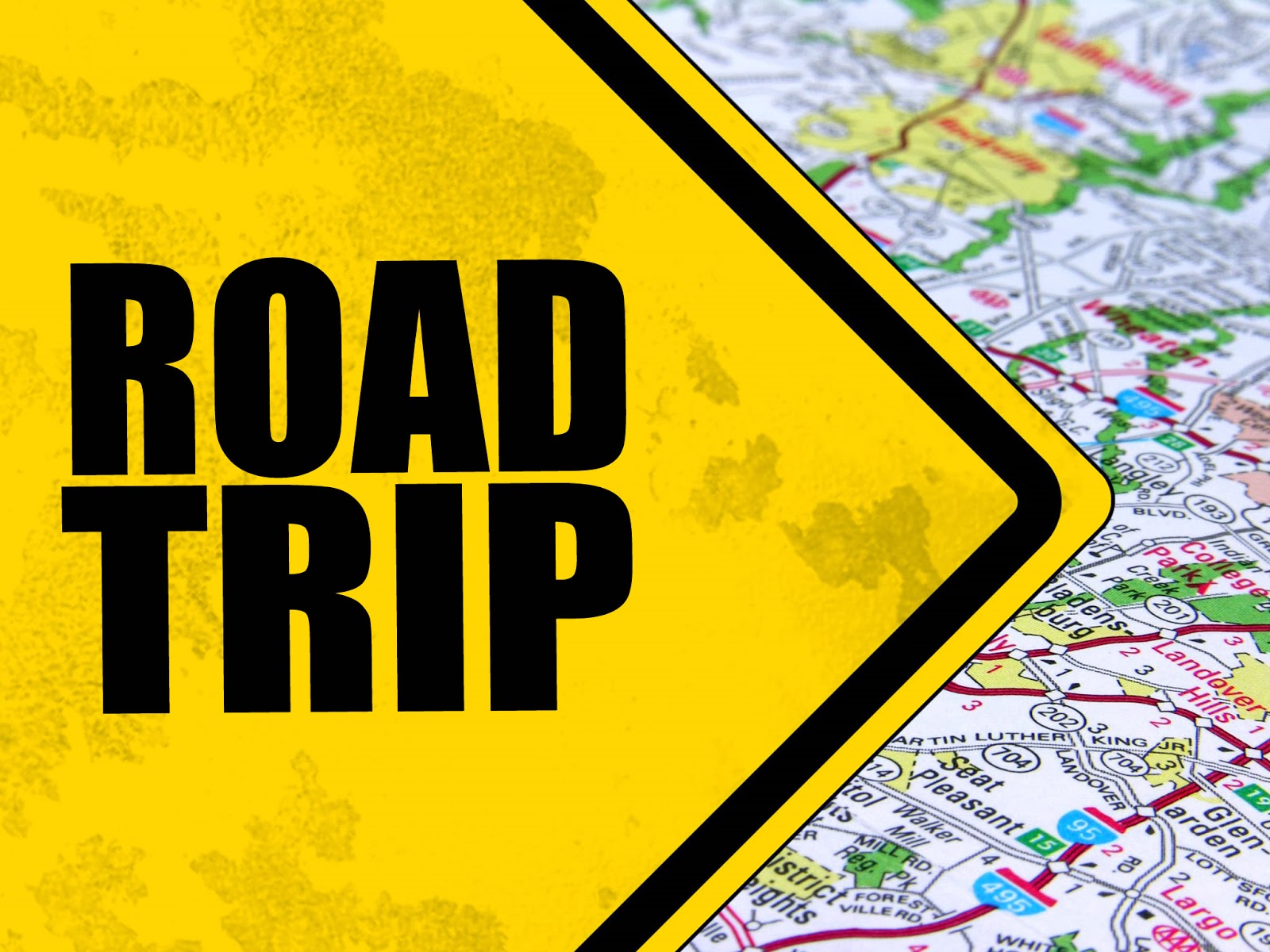 **  Here’s some background to the road trip   **
Arriving from Mumbai, King Hamad International airport at Doha, Qatar appeared more of a swanky bus stand than an airport. Arrays of chairs were lined up, one after the other, and almost all of them, occupied.

The kind of investments that seemed to pouring in, it’d rather sooner than later, that Doha turns out to be an air-traffic hub. The ‘Wi-Fi’ on the airport was amazing, if not the wash-rooms.

The quaint desert charm outside complimented the flashy ‘Duty-Free’ shop inside.

We were travelling from Mumbai in an early morning flight and with the time zone difference favoring us, we reached Doha rather instantly. Having been to Duty-Free shops before it was a known fact that at the end, these shops turn out to be…. expensive. Doha further substantiated our notion. Having rushed our way through in morning, the 2 hour odd break at the airport was refreshing. Few cups of coffee gulped the throat, and the sapped energy levels found much needed invigoration. With a vibrant and bustling airport…. the time was well spent. However this was prelude, to the larger story that lay ahead us, The road trip to Prague.

** Why the road trip to Prague **
Firstly, the apartment at Prague was booked for a good three days. Of what was learnt about Prague, we had to be on our toes for all of them to gasp in its beauty. Therefore, there was not a moment to be lost. More so, we hadn’t booked ourselves any hotel/apartment in Vienna, and with our mid-day flight, the sooner we’d reach Prague, the better it would be.

Further, it wasn’t about the choice between the two cities either, as Vienna was already on our travel list in the latter part of the trip. As our earlier trip to Italy was completely on rail-road, this time we wanted to explore the bus, by exploring the countryside, or rather vice-versa.

(And yes, I never denied that the buses in and to Czech (and Germany) are far cost-effective than trains.)

** The Trip **
The moment we landed at Vienna from Doha, we were taken away by its grandeur and beauty. We were quite sure that we would have a great time coming back in the same city a good two weeks later. But for the moment, we had to rush our way to Prague. The ritual visit to the ‘Tourist Center’ was not particularly exciting as even the lady at the help desk was not amused about our leaving Vienna for Prague almost immediately. The jet fatigue and the chilled weather took some toll and definitely made us feel dizzy. Few school children greeted us on the Vienna airport with beautiful smiles and volunteered for a free map of the city. It’s such a simple and effective idea! Guess why isn’t it emulated otherwise in the world.
The backbone of our cost-saving exercise was laid in using the ‘Student Agency’ bus services. The ticket on rail Europe (Vienna-Prague) over the counter could cost us anywhere around 80-90 Euros per person. A booking almost a fortnight in advance wouldn’t have made any difference either. A completely astronomical figure compared to 25 Euros quoted by the bus agency. A series of mail exchanges from back home in Mumbai, among other things, made it clear that they indeed did operate few of their buses right from the Vienna airport. That was another saving of 10 euros !! Jokes (read Euros) apart, it would save us the hassle to change buses and in-turn precious time. More so, we’d spend some time to explore the exquisite and famed countryside of Europe.
But, the only caveat was that, we weren’t sure about the arrival timings of our flight. What if there’s some delay in the flight ? This was a big unforeseen risk, so we had to book our ticket on board.
Thankfully, the flight landed on time. We quickly rushed outside to catch our bus to Prague, to be on schedule for the 15:45 departure. The bus platform was just a stone away and we were very much in time. The squashy yellow colored bus came dot on time. As we inquired about the availability, a Pandora-box opened through the attendant that said…
“Sorry, No vacant seats in any of the buses till 2000 hrs“
The entire trip itinerary was to go on toss, if that bus didn’t happen.
And Guess what, it didn’t.

That was the twist in the tale. We had to devise a Plan ‘B’. Then and There.

Inside the airport, there was an OBB (Austrian Rail Carrier) counter. Thought of people leaving for Ceski (Native pronunciation for Czech) from Austria was not amusing Austrians much either.

The price quoted for the same day train was 85 euros. So, we decided to take a bus from the airport to the city, as the train station and the bus hub to Czech, both were at convenient distance in the city. Again the more we saw of Vienna, the more we realized how beautiful it was! The sun came out , as a connoting anti-climax to the tale. The problem, though, was not sorted completely. The English language wasn’t that widely spoken around and our accent was neither helping us getting directions the boarding point for Czech bound buses.

We got directed, and re-directed while seeking directions. Almost from nowhere, a gentleman came and we happily discovered that he happened to be a frequent traveler to Ceski. After guiding us for few metro stops, he bid us assuring adieu, that reaching Prague would not be a problem. It was sunny 17:00 hrs, by the time, this part of the story unfolded.
We reached the destined place to realize that buses emanating from the city for Prague too were completely occupied. And occupied till 21:00 hrs.

At the same time, a bus heading to Brno (Czech city) arrived. We could happily spot some vacant seats, as we were told by the fellow waiting travelers that Brno was en-route to Prague.

The moment we heard that, we joyfully barged in the bus, without any hesitation. The bus journey was far more comfortable than most of the flights back home. So much so, that at times it felt unreal. Within fifteen minutes, we left the precinct of the city. For the period of fifteen minutes we soaked and relished the beauty of Vienna in a complete awe. But, what was to follow, was even better. Miles of open farmlands, dotted by picturesque windmills. Symbiosis’ metamorphism to turn itself true nature. The landscape that vignetted outside our seat window, flew along our fatigue in a matter of few seconds.

Clean blue sky charmed us with the eclectic hue of orange of the setting sun. The flowers adorning the balcony of the village house welcomed us with divine brightness. The Highway was excellent, but the villages around even better. The chair under the shade of the odd tree in the farm would have given solace to a lot of tired souls, I thought. The carefully painted houses, and the meticulousness of the planning, even in villages was simply unbelievable. (This trip is a definite recommend.) Frame after frame, moment after moment, the landscape was exquisite.

We virtually blazed to Brno. The elderly man alighted with us, and voluntarily approached bus counter and conveyed us that there were exactly 2 seats available in a bus heading to Prague in next 2 minutes flat. Without any hesitation, I went to the counter, to encounter, yet another twist.

‘No Euros, only Czech Krowns accepted!’
It was rather difficult situation, with a rather small city bus stop, when you are just 2 minutes away for the bus, if ever, even the currency could play the spoilsport !! The counter lady politely refused persistent requests to accept Euros. But almost then, with our bus in sight, a man walked and offered to exchange some Krowns for euros. He appeared as a fellow traveler in the bus silently observing things as they unfolded, and till this date I wonder what strange connection led him to that gesture. In some senses, it pro-founded my travel for soul belief.

[As a matter of fact, Euros are accepted very freely in Czech, in fact it’s kind of a parallel currency. The government establishments and few operators that insist only on Czech Krowns are kind of an exception.]

As we boarded, almost immediately the bus sprang into action. As we hit D1 highway, the bus sped with eaze. If the outskirts of Prague had mammoth retail inventory sites, the city in itself was as ethnic as I had ever imagined.
By the time we opened the keys of the apartment in Prague, the clock had raced to 22:30. There was little, if any, time left to see Prague that day, but then with memories of such a wonderful road trip, there weren’t any complaints either!
Stay Duration :        3 days at Prague after this trip
Stay Place:              MH Apartments, Prague, Recommended
Travel Companion : Better Half
Travel Phases :        One
Arrived through:      From Vienna
During:                    Sept, 2013
**–**–**
Any feedback on my post? Similar Stories to share ? Any suggestions I can provide for Prague/Vienna. Looking forward to your comments.